Food and Gastronomy in Languedoc-Roussillon are definitely part of the typical way of life! This Southern region of France is indeed widely appreciated for its local products including olive oil, tomatoes and seafood. From the authentic Cassoulet stew to the fine Crème Catalane, a traditional Languedoc-Roussillon's meal brilliantly combines the aromas of the Provence gastronomy with the influence of the Spanish cuisine.

Far from the bustling French cities where people generally just grab a sandwich, the Languedoc-Roussillon region still perpertuates its cooking traditions. The typical Southern gastronomy relies on convivial dishes like the well-known Cassoulet or the Brandade de Morue.

But the Southwest of France also boasts refined food like the Anchoiade or the Bourride from Sète - two fish dishes that emphasize the aromatic herbs of the wild garrigue (French scrubland). Indeed, thyme, rosemary, bay and sorrel, amongst others, play an important part in Languedoc-Roussillon's gastronomy - somehow inspired by the Provence cuisine and the Catalan culture. 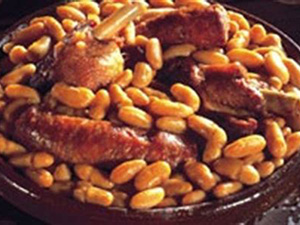 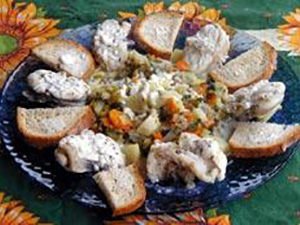 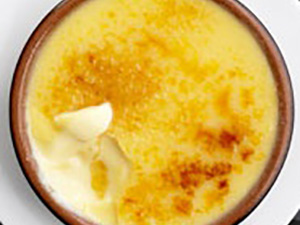